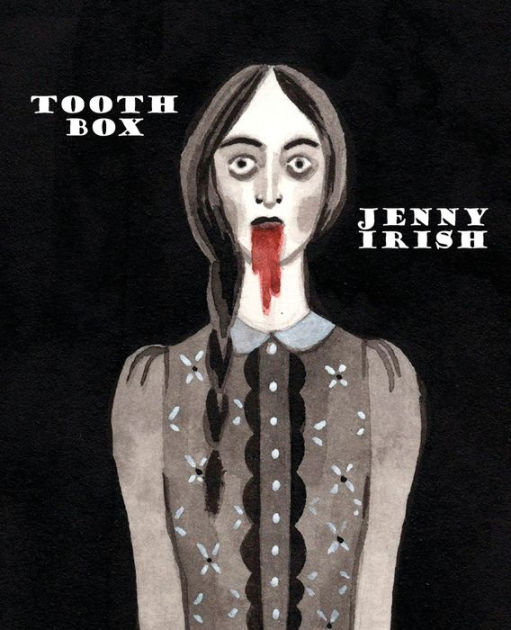 Megan Griffin: I first heard about Jenny Irish’s Tooth Box from my professor. I was instantly drawn to the collection by the title and the dark cover image done in watercolor. I felt an immediate connection. One of my favorite poems is “Birdsong,” which explores the speaker’s relationship with her unaffectionate grandmother. As an emerging writer experimenting with poetry, I enjoy how approachable yet intricate her poetry is. The strong voice and feminist narrative throughout the collection has inspired me to read more of her work. I quickly connected with Jenny on Twitter and she responded with the offer to do an interview…

Jenny, the theme of girlhood seems to be appearing more and more in poetry and literature lately. What compelled you to write about girlhood instead of childhood? Are there any other works about girlhood that inspired you while writing Tooth Box?

Jenny Irish: All of my writing shares certain concerns. One of those, is how young girls are physically commodified and experience a forced removal from the space of childhood and the arguable protections that come with that identity. I’m invested in what that shift does within families as well as in girls’ experiences of the larger world. Venita Blackburn, author of How to Wrestle a Girl, has a stunning short piece called “Smoothies” that takes place in the moment that a girl experiences, for the first time, an evaluation of how she fulfils—or fails to fulfil—the gender expectations of an observer. The narrator in “Smoothies” links this moment to her childhood having slipped away without her noticing.

Staying with work that I find inspiring, I’ve always valued how honestly Amy Hempel captures the complex and nuanced relationships between women. When I think of mothers and daughters, I think of her story “Tom Rock Through the Eels.” In my own writing, I see engagement with the commodification of young girls as opening out into a larger, necessary conversation about gender roles and expectations, and how these contribute to cycles of violence.

MG: What were some integral parts of your writing process that ensured you touched on aspects of girlhood that are important to you?

Though I think all writers have an obligation to their readers, at the drafting stage I’m writing for myself.

JI: I think something that helps me stay true to my intentions when initially writing is not thinking too much about who will ultimately receive the work. I wanted Tooth Box to be able to explore girlhood as an uncanny experience, and I knew elements of what I was writing had the potential to provoke discomfort, and I had to allow those elements rather than restrict them. Once they existed in context with the work as a whole, I could consider their purpose and value with the knowledge that the work would be shared. Though I think all writers have an obligation to their readers, at the drafting stage I’m writing for myself. In that space, my writing can be as ugly and messy and potentially exposing as it needs to be for me to feel that I’m being authentic in my engagement with the subject matter and its nuances. Audience becomes a concern when I’m preparing to share something.

Approaching this question from a different angle, my writing often sprouts from the seed of something sensory—for me, it’s most often a sound or a smell. Scent has the ability to transport me to another time and place. It’s also very easy for me to get caught on a rhythm, or a rhyming phrase, and then end up writing something spiraling out from that. Sensory and sonic elements served to ground me in the space of the pieces as I was writing them. I spent the first part of my life in Maine, and then lived for years in Texas. Those places are both present in Tooth Box, in large part through sensory detail that served, for me, as a kind of bridge between the present and past.

MG: Are there certain poems in this collection you struggled with writing more than others? If so, how did you work through that and what are some tips for emerging poets to overcome their writing struggles?

JI: Oh, yes. There were some pieces that I was dissatisfied with and returned to again and again.  It wasn’t that way for most, but there were several pieces that I felt needed to be in Tooth Box, but that really challenged me. One approach, when struggling, is simply to step back. If you are working on something and it just isn’t working, there’s value in acknowledging that, instead of belaboring it and becoming discouraged. Here’s a concrete strategy to try: rather than go back to the draft that is vexing you, start fresh. Rewrite the piece without the original version in front of you and see if the changes that occur in writing fresh teach you something about what that piece wants to be.

I also think there is a value in doing a little reflection if you are struggling. Can you identify what you are struggling with? In some cases, I think people are taking on a subject or an event that they aren’t ready to, or perhaps aren’t ready to in the way that they are first approaching it. Speaking personally, the pieces I struggled with most in Tooth Box, were those that I felt closest to. Ultimately, how I was able to write them in a way that I was satisfied with, was by giving up a self-imposed constraint of realism. Certain pieces in the book ended up being very surreal.

MG:  In your poem “Possibilities,” you write:

The last lines of this poem create an open invitation for readers to replace “man” with any word or person they see fit. Did you write any or all poems in Tooth Box specifically with reader participation in mind?

JI: I think of writing as a collaborative act. Yes, we often write in solitude, but with the intention of our work being shared. When I write, I’m really allowing myself to look, and when something I’ve written goes out into the world, it’s an invitation for anyone else who wants to look, to look, and then to share what they see.

MG: In the early stages of writing Tooth Box did it take any different forms or tackle other themes that are not seen in the final product?

Writing Tooth Box, the themes of the unified work were always clear to me, but I did give serious consideration to form while I was first writing and later editing.

JI: As a reader, writer, and teacher, I’m really interested in the relationship between content and form. I know the way that a piece is presented on the page can create another level of context in its reading. Writing Tooth Box, the themes of the unified work were always clear to me, but I did give serious consideration to form while I was first writing and later editing. One of the elements of form that became important was modulating the density of pieces to create different experiences when reading them.

MG: What are you reading right now? Is there any new work from emerging authors that you are excited about?

JI: Today, I was reading the latest issue of Bat City Review, which is excellent. Recently, I’ve really appreciated Susan Nguyen’s debut collection Dear Diaspora and Math for the Self-Crippling by Ursula Villareal-Moura. I’m looking forward to reading The Circle That Fits, a novella by Kevin Lichty, and The Sorrow Festival by Erin Slaughter, both of which are coming out this summer. This is not a new author, but having access to an English translation of her work is—I’m excited to read Jawbone by Mónica Ojeda.

MG: Now that Tooth Box is out in the world, what projects are you working on that we can look forward to seeing in the future?

JI: I have two chapbooks that are coming out. The first will be available in the fall of 2022 from one of my favorite micro presses, Ethel. They make these very unique hand-sewn chapbooks that have introduced me to so much work that I love. The second chapbook is a gathering of dramatic monologues spoken by monstrous figures. That’s coming out from Black Lawrence Press in 2023. I always have a couple of writing projects going, and I’m looking forward to the summer as an opportunity to spend some quality time with them.

Jenny Irish is the author of the hybrid collections Common Ancestor and Tooth Box, the short story collection I Am Faithful, and the forthcoming chapbooks Hatch and Lupine. She teaches creative writing at Arizona State University and facilitates free community workshops every summer.

Megan Griffin is an emerging writer from the Quiet Corner of Connecticut. Current living in Massachusetts, she has a B.A. in professional writing from Bay Path University and is pursuing her M.A. in English from Bridgewater State University. Her work has been published or is forthcoming in Barrelhouse, Months to Years, and Parhelion. In 2021, Megan served as Editor for the Bay Path University Network News Student Magazine. 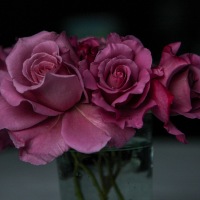 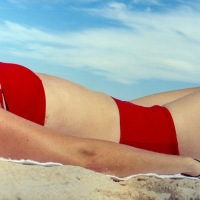 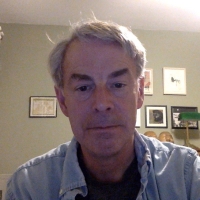 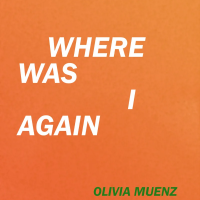 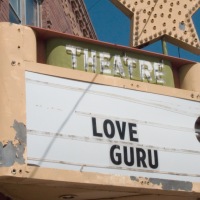 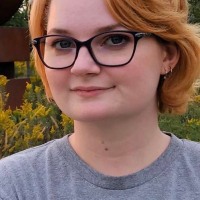 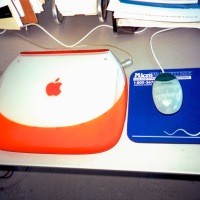 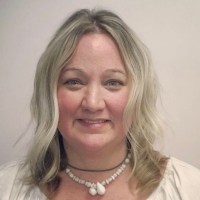 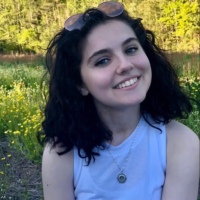 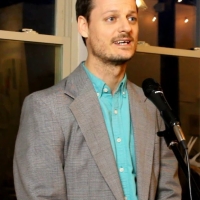