I follow the trail of blood up the stairs to my mother’s kitchen. “These things happen,” she says with a resigned smile. My father and brothers are bigger and rougher than me, crude almost. They have knives. They also have some spades and iron rods. The cops drive by once or twice a day, but ignore the worst of what’s going on. It’s nothing they haven’t seen before. There’s a lot of screaming and praying, and all sorts of variations on unhealthy habits. I don’t belong here, I don’t. Sometimes I just want to call out to God, “Hey, where’s your beard?” and then hide in the shrubs as he gropes, incensed, under his throne for a five-shot Mexican revolver.

A Spy in the House of Love

It was a former crime scene that had never fully gotten over its atrocious past – the occasional escalator going up into a vagina, a bullet hole in a child’s car seat, and so on. A banner draped across the wall directly behind the ad hoc altar said, SMILE EMPTY SOUL! I probably won’t make a complaint, but I didn’t like it. The bride was wearing a dress with long sleeves to hide her tattoos. It got me wondering whether a dead bee can still sting. Looking for more clues, I pulled the cushions off the couch, the books off the shelves, tried to pull up the floorboards with my bare hands. I only stopped because the bride set fire to the ends of her hair. To everyone’s amazement, the flames actually danced.

Epiphany at the Boneyard

God Is a WMD

Every day someone else declares, “It’s getting worse, it’s getting worse.” Every night the moon returns precisely on schedule, and with the same confident smirk of a murderer, or at least a murderer’s accomplice. That’s why we need to consult those people who survived by eating weeds and even talk proudly about it. “Does that mean we can’t speak Spanish anymore?” my youngest daughter asks. It means the milk has frozen in the cow’s bulging udder. It means the electricity flowing from the water faucet is real. It means grab up all you can while you can, just like a tornado.

I answered the door in my undies. “Oh, are you going to a costume party?” the man standing in the doorway asked. My wife was sobbing uncontrollably just behind him. I know some people must be wondering what’s wrong with me. Well, that’s typical post-concussive symptoms there, buddy. I lost my TV, my bicycle, clothes. One friend walked out into traffic to learn if the cars were real. Another put a shotgun to her chest. I was like, “Is that a gunshot? No, it can’t be a gunshot.” You have to study everything to be able to explain it.

We like to think we’re like Switzerland, but you glimpsed pictures of people taking pictures, and that sort of started it, chunks of debris falling out of the sky, while bees smoldered in the roadside ditch like cigarette butts, or like love letters that refused to burn, and we sat in our car at the intersection of night and day, mesmerized by the fire raging from the windows.

Is that the wind? Or angels withdrawing their sympathy and protection? The 911 operator hangs up in the middle of the latest call, suddenly exhausted from listening to intimacies of empire, unfortunate juxtapositions. Hope is not the word I would use.

What happens could have happened yesterday and could happen tomorrow, birds of all different nationalities, finches, cardinals, blue jays, even crows, taking turns at the feeder, or, when the seed in the tube runs low, jealously scheming in the dark of the underbrush for absolute advantage, unaware that, like the gods on Olympus, their sovereignty has long been over. 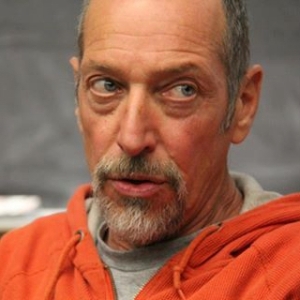 Howie Good, Ph.D., a journalism professor at SUNY New Paltz, is the author of The Loser’s Guide to Street Fighting, winner of the 2017 Lorien Prize from Thoughtcrime Press, and Dangerous Acts Starring Unstable Elements, winner of the 2015 Press Americana Prize for Poetry, among other books. He co-edits the literary journals UnLost and Unbroken with Dale Wisely.