One time, when Jeanie was fifteen, I watched her swipe a lit cigarette out of this stone-cold biker dude’s mouth outside of the 7-eleven on Stark Street. Jeanie took a drag from the cigarette she’d just stolen and blew the smoke back in the biker dude’s face—the small cloud spreading out all around his scraggly beard and browned-out teeth.

She waited for the smoke to clear, inhaled air through her nostrils, and said, “You fucking stink, man.”

And you know what that dude did?

He got this half-smile across his lips, and kind of shook where he stood, like he was a hologram blinking in and out of existence, like he was a kid again suddenly transported back to climbing the rope in gym class while trying to hide his erection, trying not to enjoy the strange pain of new muscle exertion too much.

That biker dude leaned back on his elbows against the full length window of the 7-eleven, blinking in and out of existence like that, big-smiling enough to show the under-pink of his gums.

When he spoke, all of his words slurred into the next.

Jeanie took another drag from his cigarette, now her cigarette, and winked at him as she exhaled the smoke through pursed lips. She got real straight-faced, and big-dolled her eyes, and put on her sweet voice.

“I crawled out of your mama’s insides, big boy,” she said. “Right behind you. I’ve been following you all your life. And I’ll be seeing you in the end.”

Then he started laughing. “How old are you?”

“Chrisst!” he said again. He shook his head and looked at fifteen year old me standing next to Jeanie. “You are way fucking out of your league, homeboy.”

I wasn’t this dude’s homeboy, but he was right about the other thing. I was out of my league. I was always out of my league. Why would I want to have anything to do with anybody in my league? I was just doing what I thought everybody else was doing: positioning myself as close as I could to people too bright to look at directly.

I looked at Jeanie and looked away and looked back again and looked away. She was getting bored with the biker dude. Tapping her toe on the sidewalk. She looked towards the street and blew out another cloud of smoke from his cigarette.

Jeanie turned back to face the biker guy, shrugged towards the cigarette between her fingers and said, “You mind?”

He squinted and shook his head.

“See ya,” Jeanie said and started walking away.

“I’ll be seeing you, sweetheart,” the guy crooned behind us.

We never did see him again.

Jeanie didn’t just steal strangers’ cigarettes. She also stole from stores. But she was never any good at it. She always got caught. What she was good at was not getting in trouble for getting caught.

The first time Jeanie stole clothes from Ross, she walked out of the opening of the store into the common walkway of the Lloyd Center Mall all straight armed and straight legged, over-stuffed for winter like a toddler dressed by first-time parents. She must have been wearing fifteen outfits under her normally baggy sweat-suit. She was a sausage made of clothing. It looked like if she fell over she would never get back up again. Jeanie had this purposely-stupid smile on her face.

Her eyes rolled up as the security guard tapped her on the shoulder, like she was silently saying, Now what? Do I have to take care of everything for you?

I sat on the mall bench wondering where to look while the security guard walked Jeanie back into the Ross store.

I don’t know what she told him in that secret backroom where all shoplifters go before being charged, but in the end he let her keep two of the shirts that she’d taken and a pair of wool socks, on his dime. He didn’t even call the real cops. He gave Jeanie his aunt’s phone number and told her that strong women needed to stick together. At least that’s what Jeanie told me.

Once she had me record her taking a hairdryer out of its product box, in the hygiene aisle in Safeway. I still have video of her slow walking past the front registers, swooshing the hairdryer around her head like she’s actually using it, the unplugged cord of the dryer dragging at her feet. The employees all watching. Some of them laughing. Some shaking their heads. Some of them just staring. And Jeanie’s there totally getting into it, just like the shampoo ads on TV, flipping her hair around and keeping this extra fake, closed-lipped smile on her face.

Outside, in the parking lot, the manager ran up behind her. I was still recording. He wore crotch-bunched grey slacks and a short-sleeve white button-up. He smelled like aftershave and jerky.

He said, “I don’t know what that was,” tilting his head back toward the store, “but I’m going to need that back,” nodding to the hairdryer in Jeanie’s hand.

Jeanie smiled and nodded at the ground and then at the manager. She placed the barrel of the dryer in the manager’s palm. She shrugged her shoulders and bent her elbows and put her hands by her head and started dancing in place, slow motion, all shoulders and hips, while flipping her hair wildly.

The manager shook his head, not wildly.

He looked down at the hairdryer in his hands and despite trying to be intimidating a tiny smile crept across his lips. He turned fast to look at the employees and customers that were peeking through the windows and sliding doors at us. He turned so fast that I missed the tiny smile in real life. It took me so many re-watchings of that video to catch it. But it’s there.

He turned back to us straight-faced.

“Don’t come back,” he said. “You can’t come back, okay? Pick better friends,” he said glancing at me. “Stay off those damn drugs.” He turned and started walking away. Over his shoulder he said, “And don’t waste all that charisma on being an idiot.”

People softened their reprimands when it came to Jeanie. They watched their words around her. This was how all of Jeanie’s shopliftings ended: with a somewhat stern suggestion. They were treated more like conceptual art endeavors—reluctantly, but inevitably applauded—than criminal acts held in contempt.

There are some people you feel invincible around. Like there’s some magic bubble that surrounds them that will deflect any attack aimed in their direction. And if you’re standing close enough to that deflection bubble… well, you just might be spared, too. Jeanie was that person for me.

The last time I saw Jeanie in real life, I was standing on the MAX light rail platform and she was sitting on the train that was heading away from the Rockwood station to downtown Portland. She was going to her dad’s place for the weekend. I had all these things I wanted to tell her, but figured I’d find the courage next week. She was pulling at the corners of her mouth on the other side of the window and sticking her tongue out and wiggling it around at me. Then she started blowing on the glass between us. The glass fogged up so much that I could barely make out her features behind it. And then the train was gone, leaving behind the faint hissing of electricity on the overhead wires.

Overnight the weather changed from fall to winter and just stayed like that.

It was cold and cloudy and never sunny again.

The next day they showed Jeanie’s face on the evening news.

And after her face, somebody else’s face appeared.

And somebody else’s face after that. And they all had names with dates under them

They showed the firefighters and the wreckage and the railway gravel strewn in the street. I wondered what Jeanie had done. What she’d conjured into reality.

But it turns out she hadn’t done anything.

It turns out there was this guy sitting on that train that I didn’t even notice because he didn’t look like anybody that you ever would notice. And Jeanie was the one that always got my attention anyway. But this guy, maybe he thought he should be noticed. That’s what the news anchor said. That it was possible this guy blew up an entire MAX car just for the attention. They said what a horrible way that was to get attention.

And then they showed this guy’s picture on the TV screen with his name under it and kept talking about him.

I sat for a long time in front of the TV after the news had ended, after Wheel of Fortune had started and ended, after Alex Trebek had asked the Jeopardy contestants to tell an interesting story that always turned out to not be interesting.

I sat until the picture of the TV fogged over in front of me.

Eventually I shut the TV off and went to my bedroom.

I stayed inside for a long time. The entire Christmas Break. 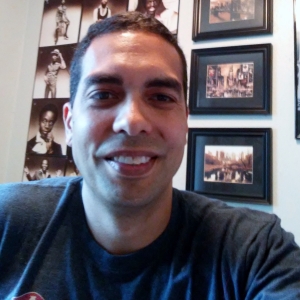 Jason Arias’ writing has appeared in numerous print and online magazines. His debut short story collection, Momentary Illumination of Objects In Motion, will be available October 2018. To discover more of his work visit jasonariasauthor.com.